Each February, we as a nation celebrate Black History Month. During this time, Tallahassee, Florida, along with the rest of the country, reflects on the progress and accomplishments of black citizens, which were made in the face of seemingly insurmountable adversity. Black history month is also a time for us as a nation to reflect on the darker and more shameful aspects of our history and work to right the wrongs of the past by acknowledging the inequalities that continue to plague the nation today. As the capital of Florida, a cultural hub in the Southeast, and home to some of the nation’s best Historically Black Colleges and Universities, Tallahassee has a storied African American community whose history is as exciting as the city it takes place in. To celebrate Black History month, we’ve compiled a list of Tallahassee’s most noteworthy African American historical and cultural sites.

Frenchtown is one of Tallahassee’s oldest African American communities and is rich in culture and history. Soul Voices of Frenchtown is an interactive walking audio tour that guides guests along the historic path between nine markers that feature audio components, which tell the compelling stories of current and discased residents of historic Frenchtown.

In what is now East Downtown Tallahassee, there once stood the thriving black community known as Smokey Hollow. Smokey Hollow is a local representation of the Black middle class that emerged in the late 19th century, despite overwhelming adversity. The John G. Riley Center/Museum for African American History and Culture was established in 1996. In addition to paying homage to the haven for African American success that was Smokey Hollow, the museum’s programs highlight the many contributions of African Americans to the great state of Florida.

What was founded as the State Normal College for Colored Students in 1887, Florida Agricultural and Mechanical University is now one of 103 historically black colleges and universities (HBCUs) in the United States. Florida A&M University is the only HBCU in Florida’s state college system.

Former state official William Knott, along with his wife Luella, allowed their home to serve as a temporary Union Headquarters during the end of the Civil War. It was in the Knott House in Tallahassee, Florida, where the Emancipation Proclamation was first read to Floridians on May 20, 1865. Today, the Knott House serves as a museum that honors that history. A reenactment of the first reading is included in the anniversary celebrations each May.

The Call-Collins House at the Grove was originally built by slaves in 1840. The Grove is arguably the best-preserved antebellum residence in all of Florida. The Grove Museum’s mission is to “preserve and interpret the Call-Collins House, its surrounding acreage, and its historical collections, in order to engage the public in dialogue about civil rights and American history”.

The Battle of Natural Bridge was fought during the Civil War on March 6, 1865. The battle took place in what is now Woodville, Florida, just outside Tallahassee. There, the United States Colored Troops, a regiment in the Union Army that was comprised primarily of African American Troops, fought against Confederate troops to gain access to the Natural Bridge crossing of the St. Marks River. The site of the battle is now the Natural Bridge Battlefield State Historic Site and contains a monument. While the battle was not a victory for the Union, it serves as a historic site to be remembered during Black History month because of the involvement of the 2nd Division of the US Colored Troops.

This museum in Historic Frenchtown was once the home of Lewis W. Taylor, a prominent teacher, and tutor from the community who lived during the late 19th century. The Taylor House Museum of Historic Frenchtown now stands as a museum of African American history, culture, and civil rights.

4 Reasons Why Travelers Are Now Choosing For Exterior Corridor Hotels

Concerned about catching the latest COVID-19 variant? So are many other Americans. But as travel to Florida picks up in the wintertime, there are many ways to keep you, your family and friends, and your business associates safe while on the road. And one of the best... 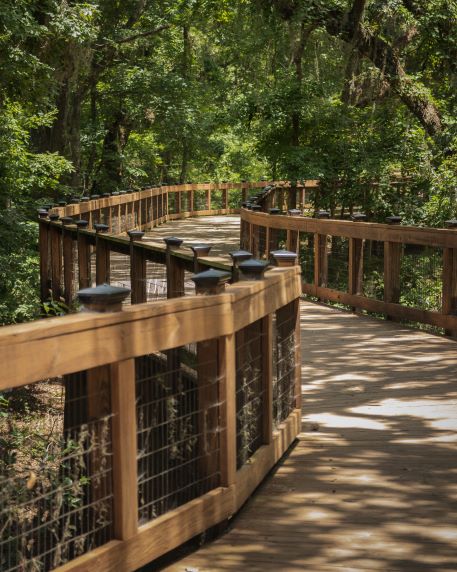 How to Plan a Memorable Summer Vacation Without Overspending

Spring is in full bloom, which means summer is just around the corner. For millions of American families, the arrival of summer means it’s time to hit the road for a good old fashion summer vacation. Summer vacation is a quintessential, wholesome American experience,...